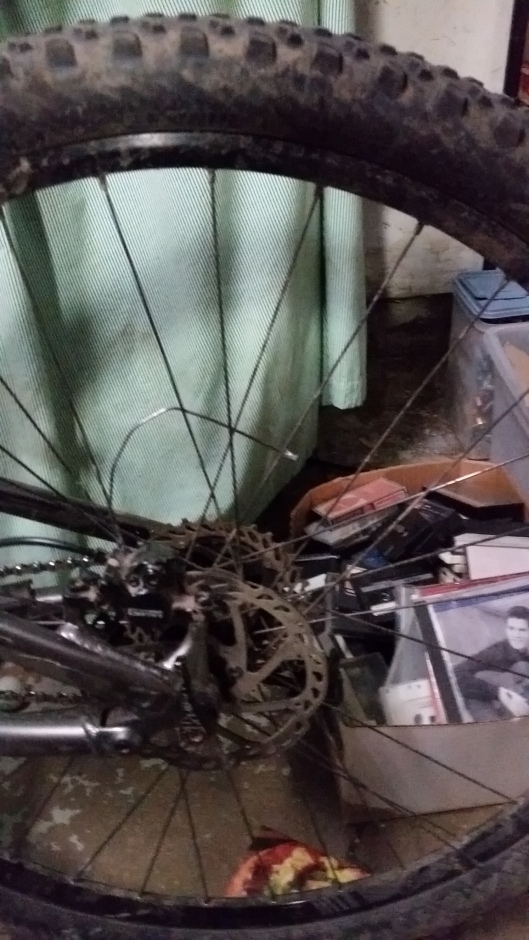 It could have been worse.  How, you might say, especially if you’re a cyclist?

The spokes could have popped some time in the last eleven days.  My days of freedom, of temporary free balling bachelor hood, as in riding almost every glorious day with nothing and no one to worry about.  On June 1, coincidentally my birthday, I emerged from my bed very early in the morning, loaded my car with enormously overstuffed suitcases, and motored my wife and children to O’Hare airport to meet their morning flight to lovely, scenic Anchorage, Alaska.  I couldn’t go due to lack of money and a boss who strongly urged me to avoid spending the whole eleven days in Alaska.

Besides, the first four days were filled with wedding festivities.  My daughter was a bridesmaid for her cousin, Inga the bride, a sight I sorely wished I could see — Alyssa in her bridesmaid beauty and Inga, almost like a daughter to me, in her bridely beamery.  I wanted to be there, I really did, but I couldn’t justify the expense.  Some might say that I should have bit the bullet, forget the expense to go, but now I am looking at trying to pay for a new roof and school expenses for my children in the next month.  There is no possible way that we could have afforded it had I gone.  I am going to keep telling myself that.

There is something to be said about the therapeutic benefits of having a full ten days to one’s self.  My family would not be returning until June 12.  That seems like a long time.

Dang, did it go fast.

Contrary to what might be expected, I did not roam the house in my birthday suit, even on my birthday.  My nights were not spent in a drunken stupor.  I do not require alcohol for a stupor.  However, I did buy beer to keep in the refrigerator, enjoyed a cold one inside my house without fear for the first time in many, many, many years.  Temporary as they were, my days in my briefs as a brief bachelor were very tame.

Besides, I am not kidding about being broke.  My paycheck was awarded to me the night before my family flew for father’s freedom, but my paycheck also flew to pay the mortgage, car insurance premium, cable/internet payment, electric bill, and a few other small responsibilities.  A surprise family cell phone bill a few weeks ago, a bill of $524 that I had not planned for, had also drained my checking account.  There was no money for me to play.  A few months ago, I had hoped to venture off to Wisconsin for a weekend of mountain biking, but my bank account said nada nicht no way.  I made lemonade out of the lemons, though, had fun riding close to home.

Last Tuesday night, I paid a rare week day visit to Palos Forest Preserve to ride the excellent singletrack trails there.  There was a mountain bike skills clinic there that evening, so I also attended the clinic.  That may have been a mistake — I learned how many bad habits that I have developed during the last three years on a mountain bike!  However, I learned the proper way to manual (i.e. lift the front wheel of the bicycle over obstacles), adjusted my riding position to a more neutral position that utilizes my hips to negotiate turns, and a better method of turning.  One particular bad habit that I had was covering each brake lever with 2 or 3 fingers.  The best method is one finger, with more fingers on the grips the best idea.  On top of learning, I made new friends with some of the regulars who ride at Palos.  They not only invited me to ride their Wednesday night group rides, but they also asked me to go to their post ride hang out, a place called the Imperial Oak Brewery.  On a normal night, I would have had to decline, but I didn’t need to rush home.  I went there, had a real good time.

My family provided me with plenty of pictures while they were in Alaska, thanks to the wonder of smart phones (something I had been cursing just a few weeks before when paying that huge bill).  Alaska truly is a beautiful place and there were many times during the last two weeks when I wished I was there.  After the wedding was over, my family travelled through the mountains with Miriam’s relatives to spend a few days in Homer, Alaska at a vacation home they rented together.  Nate went with a few uncles on a deep sea fishing trip, caught at least ten halibut.  He got to keep a 35 pound and 38 pound halibut.  We will be grilling those fish when they arrive here. 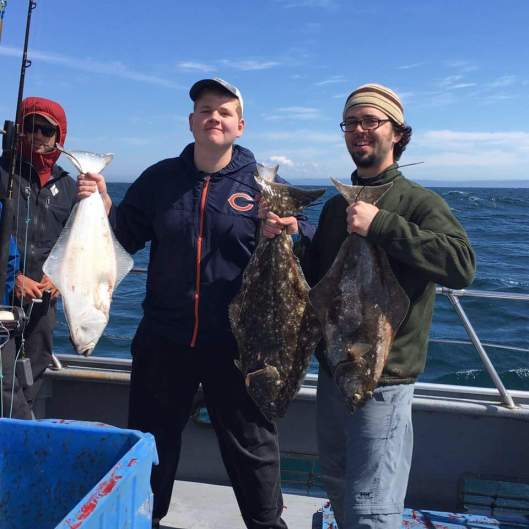 I was glad to pick my family up at the airport yesterday morning.  The quiet had been great for me, but I was ready for a little bit of noise in my house.  Besides, the dog and cat were beginning to plot against me.  I am pretty sure that Nick the Sheltie was going to lock me in the bathroom and steal all the food in the fridge.  Nick had been a source of frustration for me, especially with his endless begging, but also because his digestive system did not agree with the pieces of steak that I had shared with him.  The bonding time went bad.  Nick pooped in the living room every night for three days as well as when I was away at work.  Our living room still smells like a toilet.  I used a $50 gift card that my coworkers gave to me for my birthday, to buy a spot carpet cleaner.  The stains are gone but, well, the ghosts of Nick’s turds will live on in our living room for a while.

My family is back.  By last night, I was ready to ship my son back to Alaska.

OK, time to replace some spokes.

10 thoughts on “No Crying In Bicycling”